On today’s Coaches Corner, I would like to introduce you to our Head Cross Country and Track & Field Coach, Coach Richie DeTamble. 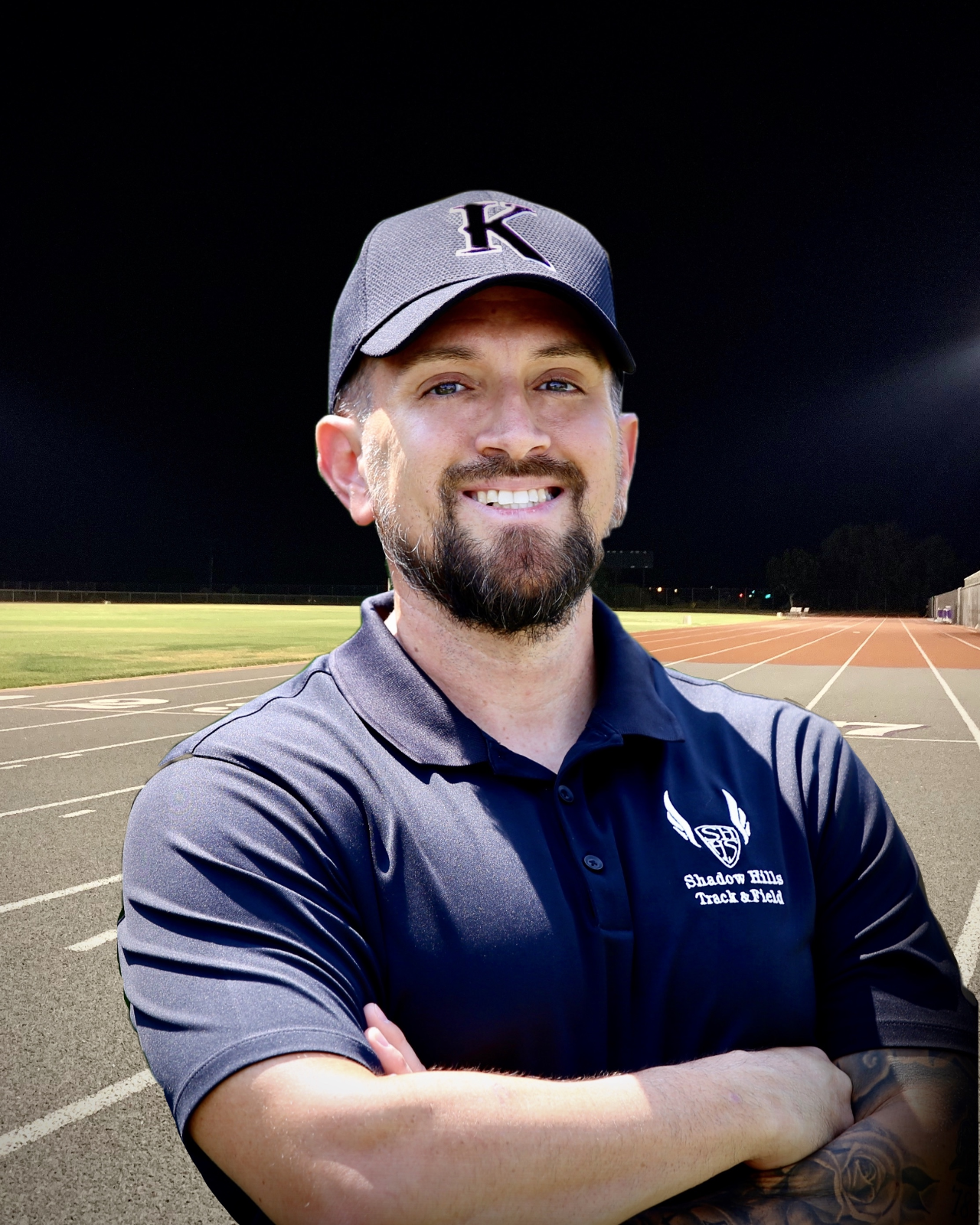 A 1997 graduate of Indio High School where he starred as a 400m sprinter, Coach DeTamble is entering his 7th year as the Knights head cross country and track and field coach. Coach DeTamble guided the 2018 boys cross country team to the Knights first (Desert Empire) league title. Both girls and boys teams have qualified for CIF 5 straight years; the only cross country program in the valley to consistently accomplish that feat with BOTH squads. The individual and team school records have been destroyed over the last few years, and multiple individuals have qualified for CIF Finals. The “Road to State” is next on the list. Coach DeTamble has also been coaching high school track and field for 13 years (6 at Indio, 7 at Shadow Hills). He has a combined 76-20 record (a .844 winning percentage) as a head coach, including league titles at both schools (Indio-2004 and Shadow Hills-2015). 22 of the 30 school records have been broken since 2015. The goal every year is to continue recruiting the best student-athletes at Shadow Hills. Athletes are then able to showcase their talents on the track and on the field, ultimately to get recruited by colleges. Academics reign supreme at Shadow Hills, and one of his goals continues to be the importance of above-average GPA’s. Being average in the classroom just isn’t good enough. The boys XC team (2016, 4.01gpa) and girls XC teams (2017, 3.92gpa and 2018, 3.73gpa) have been tops at SHHS, winning the prestigious Gauntlet Award for top Varsity team GPA. Coach DeTamble has been coach of the year in three different leagues (DVL 2004, DAL 2015, DEL 2018) and was the Shadow Hills Coach of the Year in 2018. Coach credits his amazing athletes over the years for successfully pouring the foundation, setting the program standards, and building the future. The supreme reward is watching his kids succeed beyond high school with the life lessons that have been taught as part of his programs.
“Get out of your comfort zone and go after your goals! Never give up and remember that you will always be part of the family.” – Coach DeTamble 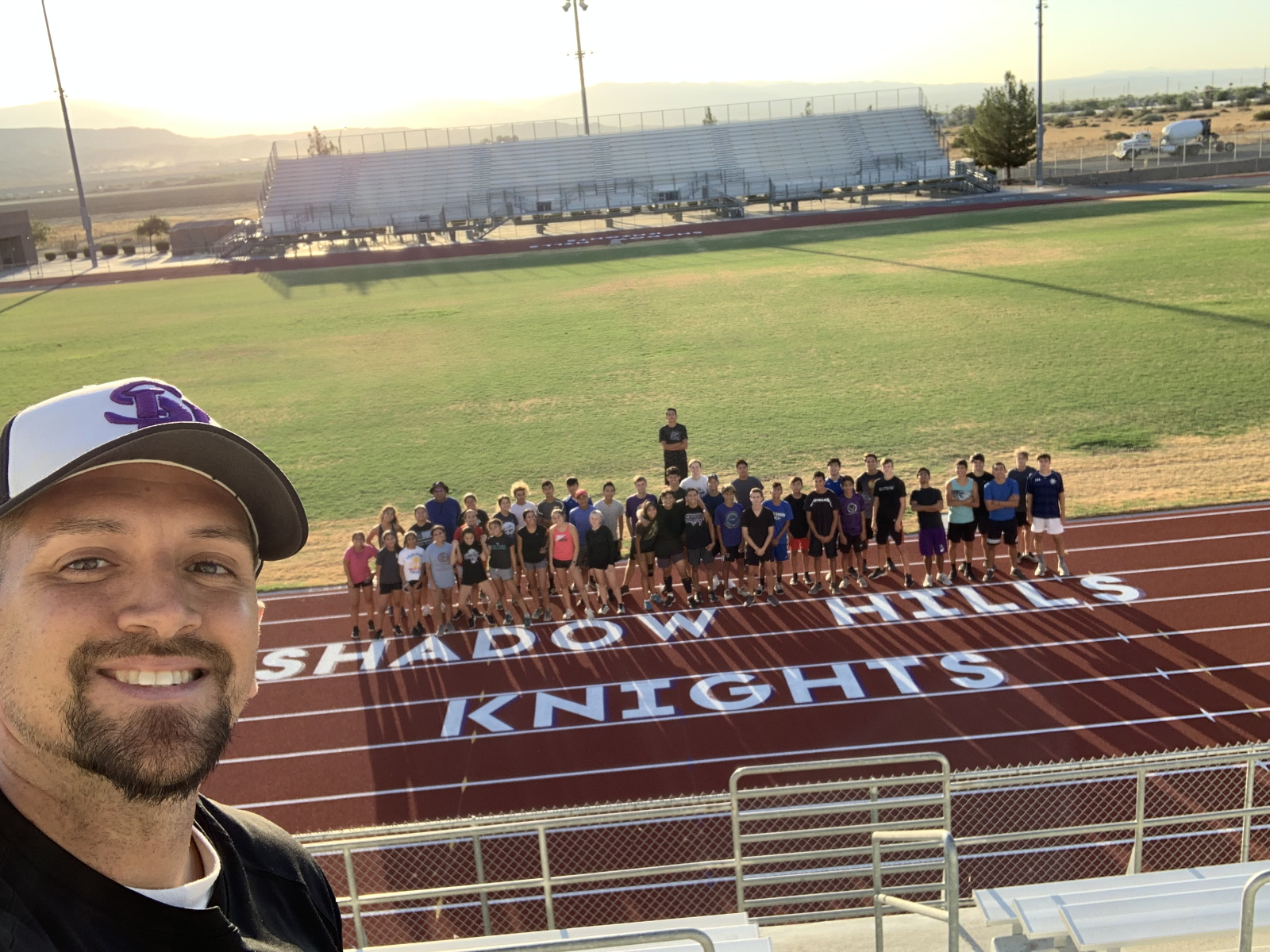 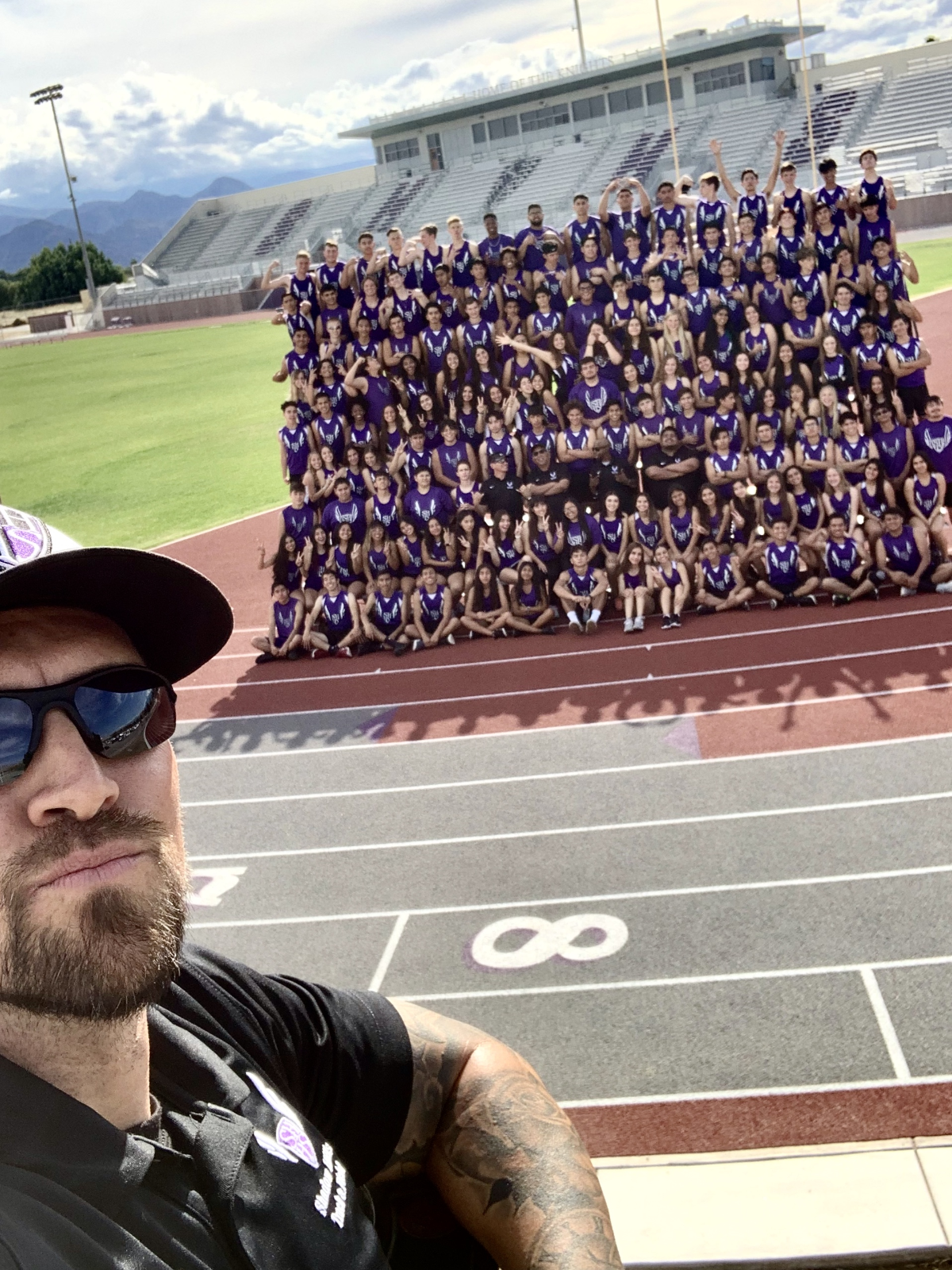